WARWICK, R.I. (WPRI) — More than 55 million Americans are planning to travel 50 miles or more away from home this Thanksgiving, according to AAA.

AAA says this year will have the second-highest travel volume since it started tracking that data in 2000.

More than four million people are expected to fly between Wednesday, Nov. 27, and Sunday, Dec. 1. AAA reports air travel will see the biggest increase in travel volume during Thanksgiving, with almost 5% growth.

According to a TSA spokesperson, T.F. Green will screen close to 7,500 passengers on Wednesday, which is about 2,000 more than a typical Wednesday. The agency recommends getting to the airport at least two hours early for a domestic flight and three hours for an international flight.

Thanksgiving Travel Tips from the TSA 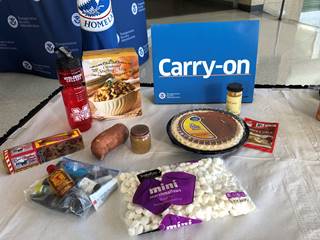 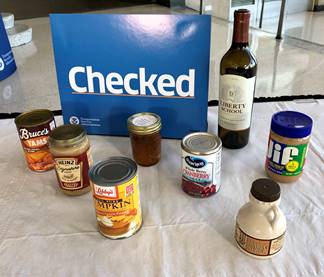 To keep the line moving, the TSA also advised wearing slip-on shoes, emptying your pockets and having your ID and boarding pass ready once you reach the front.

More travel tips from the TSA »

New this year, one U.S. airport is testing a new kind of screening.

In September, Las Vegas McCarran International Airport (LAS) unveiled the Innovation Checkpoint. It’s a collaborative effort between the airport and the TSA’s Innovation Task Force and it allows for side-by-side testing and evaluation of emerging security technologies in a live checkpoint environment. The technology is the first and only one of its kind nationwide.

Travel by other modes such as trains, buses or even cruise ships will reach 1.5 million, only a slight increase from last year, according to AAA.

AAA says the roads are where the most congestion will occur, predicting that more than 49 million people will travel by car. AAA says delays will peak with trips Wednesday, taking as much as four times longer in major metro areas.

“Between 3 and about 8:30 p.m. is when we’ll see the highest volume, and that corridor between Boston to New York – anticipate three and a half times longer, so a three-hour trip translates now to a 10 and a half hour trip,” AAA Northeast’s Diana Imondi said.

The most holiday season was in 2005 and AAA says 2019 will be the 11th straight year of rising travel volume.

Protecting your pets from holiday hazards

Protecting your pets from holiday hazards

Here are the candidates for Providence City Council

3 sentenced for gang shootout that wounded 9

Weather Now: Warm and Dry This Afternoon; Heat and …

1 dead after car slams into tree in South Kingstown

1 dead after car slams into tree in South Kingstown

4th of July fireworks: When and where to watch

National Grid overcharged RI customers by up to $2.2M

12 News is Your Local Election Headquarters

Here are the candidates for Providence City Council

View All Your Local Election HQ