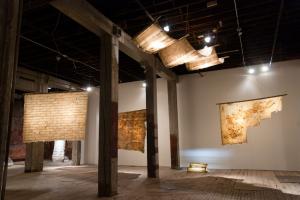 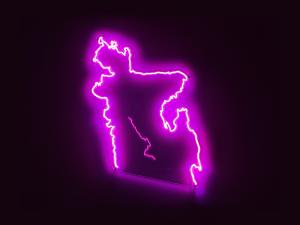 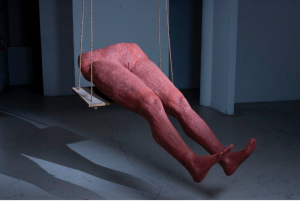 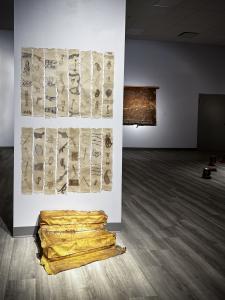 Installation view of This Handful Of Dust at the South Asia Institute, Chicago as part of the exhibition "Unbearable Memories, Unspeakable Histories" 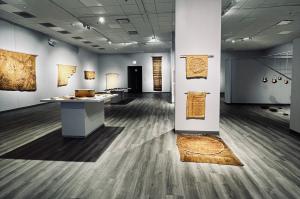 Installation view of the Broken Column at the South Asia Institute, Chicago as part of the exhibition "Unbearable Memories, Unspeakable Histories"

... While the celebration of "Birangonas" as heroes keeps the wartime rape victims in the public memory, they exist in the public consciousness as a "Spectral Wound."”
— Nayanika Mookherjee
CHICAGO, IL, UNITED STATES, January 25, 2023 /EINPresswire.com/ -- The world recently celebrated the 51st Anniversary of the end of the 1971 Bangladesh Liberation War, which started on March 25th in Dhaka with Operation Search Light, and finally ended on December 16, 1971. In this brutal war, now widely recognized as genocide, over 3 million people were killed, and 20 million were displaced internally and as refugees. The Pakistani Army surrendered on December 16th, 1971, and this day is officially celebrated as Victory Day or Bijoy Dibas, in Bangladesh.

Socio-political artist and curator Pritika Chowdhry founded the Partition Anti-Memorial Project in 2007 and is joining the festivities of Victory Day with two thought-provoking exhibitions that are counter-monuments to this geopolitical event.

Her recent exhibition “Unbearable Memories, Unspeakable Histories” exhibited at the South Asia Institute in Chicago alludes to the painful and silenced narratives that have been left out from mainstream discourses of the Partition. It displayed some of her prominent works from the Partition Anti-Memorial Project.

The Partition Anti-Memorial Project aims to raise consciousness about the systematic rape of over 200,000 to 400,000 Bangladeshi women during the Bangladesh Liberation War. Rape was extensively used as a weapon of war in this genocide to wound and humiliate the people of Bangladesh.

Chowdhry says, "the use of rape as a weapon of war in 1971 is a complicated issue," and that "the widespread use of rape against women is the counter-memory of the Bangladesh Liberation War." While wartime rape in 1971 has been kept in the public memory, it has been done by using the trope of the "Birangona". This framing is problematic because it erases the lived experience of the women themselves.

The women victims of wartime rape in Bangladesh are referred as "Birangonas," or brave women. However, state actors use this term as propaganda to create a narrative of victim nationalism that leaves the actual "Birangonas" in an impossible situation of national eulogization but ostracization in their villages and families.

"When a memory is unbearable, how do you memorialize it?" asks Chowdhry. Chowdhry did an artist residency in Dhaka at the Britto Arts Trust in 2013 and did research on three national monuments in Dhaka - the Martyred Intellectuals Memorial, the Liberation War Museum, and the Jalladkhana Killing Fields Museum.

"The Birangona" and her trauma was absent from these national monuments," says Chowdhry. "Traditional monuments and memorials seem inadequate to memorialize such an inexpressible issue. I felt that what is needed is an anti-memorial that will help people understand the trauma of the "birangona" in a deep way," Chowdhry continued.

Chowdhry is a counter-memory expert and an anti-memorial specialist. In the Partition Anti-Memorial Project, her anti-memorials are quietly provocative, temporary, and incorporate visceral materials and soundscapes. Chowdhry emphasizes that her goal is not necessarily to "speak for the women" or "give a voice to the voiceless" because that would be another kind of silencing for the women. Her experiential art installations invite viewers to be in the space, in the act of bearing witness, holding space, mourning, remembrance, and repair.

The anti-memorials are thought-provoking art installations that flip the idea of traditional monuments and memorials on its head. Chowdhry says, "it is important not to forget such atrocities because if we forget, we are bound to create conditions that will enable history to repeat itself."


ABOUT THE PARTITION ANTI-MEMORIAL PROJECT

The Partition Anti-Memorial Project comprises ten anti-memorials that examine various aspects of the Partition of India in 1947, and the Bangladesh Liberation War in 1971, and the ongoing communal riots and ethnic conflicts in the South Asian sub-continent. In addition, it also examines partitions of other countries and raises awareness about rape as a weapon of war in partitions and civil and military wars.

Founded in 2007 by socio-political activist artist, Pritika Chowdhry has an MFA in Studio Art and an MA in Visual Culture and Gender Studies from the University of Wisconsin, Madison. She has exhibited her artworks internationally and in public and private collections and is a Senior Curator at the South Asia Institute of Chicago and a Board Member of the Woman Made Gallery in Chicago.

For more information, visit the Partition Anti-Memorial Project at https://www.pritikachowdhry.com/partition-india-art

For inquiries or corrections to Press Releases, please reach out to EIN Presswire.
✕
× Close Ad