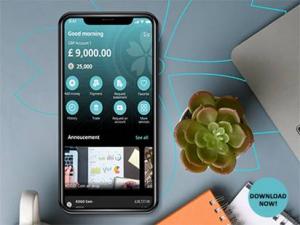 KogoPAY has launched version 2.0 of its mobile app for iOS and Android with inbuilt QR code payment technology 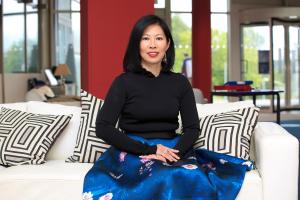 KogoPAY has launched version 2.0 of its mobile app for iOS and Android with inbuilt QR code payment technology with GBP and EURO wallets available

The KogoPAY app will allow people to send money, pay bills & accept payments using QR codes. It will also feature a Pay it Forward system which provides users with a simple tool to help those in need.”
— Dr Narisa Chauvidul-Aw - Founder & CEO
LONDON, UNITED KINGDOM, November 24, 2022 /EINPresswire.com/ -- KogoPAY has launched version 2.0 of its mobile app for iOS and Android with inbuilt QR code payment technology with GBP and EURO wallets available and money exchange possible between the two currencies.

This follows a report by the European Payments Council on the pressing need to standardise QR code payments for instant transfer between consumers and each other, as well as to merchants and businesses.

The report highlights the fractured nature of mobile payments on the continent with QR code payments not able to be used across borders.

KogoPAY aims to change this, with a key goal being to foster financial inclusion and break down barriers to empower people to use their money freely no matter where they are in the world.

This follows the announcement of a partnership between KogoPAY and Bumrungrad Hospital, ranked the best hospital in Thailand in 2021 according to Statista.

KogoPAY will be the official payment partner for customers from overseas which is prescient considering Bumrungrad is one of the world’s leading medical destinations for patients. In the future, patients will even be able to book an appointment from a link in the app.

Already QR payments are used widely across Asia and KogoPAY seeks to use the launchpad of this partnership to expand rapidly across the region.

The new-look app with improved graphics is set to aid the company’s commitment to make banking services accessible to all through a seamless onboarding process and an excellent user experience.

Not only will the KogoPAY app allow people to send money to friends and family, pay bills and accept payments using QR codes, but it will also feature a Pay it Forward’ system which provides users with a simple tool to directly help those in need; it could be a coffee, food or a small gift.

The addition of the Thai language to the menu of the app, and with more languages expected to follow, is a strong indication the app will in future allow people to hold funds in multiple currencies and quickly transfer money between them.

Users can already obtain free KOGO coin points, which can be used to get a discount on transactional fees and other promotional items. Points can be won if users refer the app to friends, who register and transact with KogoPAY.