When the original Series 1 Land Rover made its world debut at an auto show in Amsterdam in 1948, few would have thought the vehicle would go on to spawn an internationally recognized brand for luxury SUVs decades later.

It’s now been 75 years since the debut and Land Rover has remembered its humble beginnings with a special Defender, the vehicle in Land Rover’s current lineup closest in spirit to the Series 1.

It’s called the 2023 Defender 75th Limited Edition, and it’s being offered for a limited period. It is available in 2-door 90 or 4-door 110 body styles and comes with an exclusive shade of green paint called Grasmere Green. The paint also extends to the standard 20-inch wheels, including the center caps. 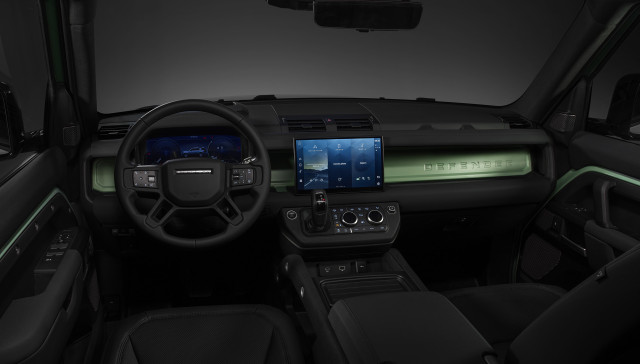 There are also some Grasmere Green accents in the cabin, which are combined with seats in black trim. There’s also a material called Robustec, which Land Rover describes as its most robust fabric available in the Defender. It features on the center console.

The Defender 75th Limited Edition is offered exclusively in the Defender’s P400 grade, meaning a turbocharged 3.0-liter inline-6 in mild-hybrid configuration. It’s good for 395 hp and 406 lb-ft of torque. An 8-speed automatic and four-wheel drive complete the package.

US long-term mortgage rates up for 6th week; 30-year …

US long-term mortgage rates up for 6th week; 30-year …

How to help victims of Hurricane Ian

Stay at the Hocus Pocus cottage in Salem